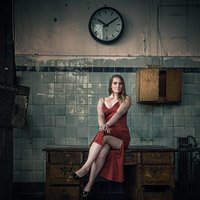 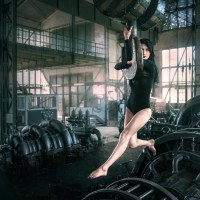 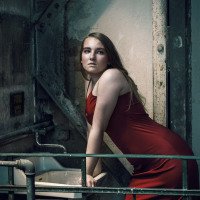 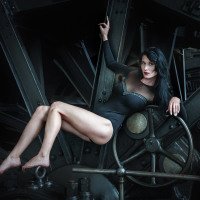 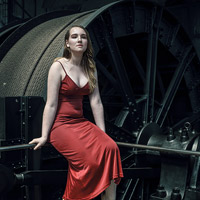 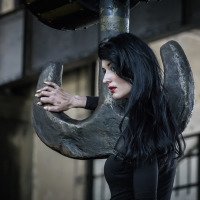 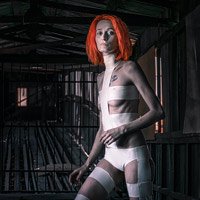 SSG nicely combines photos and captions to show a whole story in full ­screen, mini­­mal­ist, non-dis­tracting environ­­ment. SSG will support your brand and mar­ket­ing. The gallery is vertical - optimized for use on smart­phones.

SSG versus usual gallery lightbox. Do you want more icons or more from a photo? Story Show Gallery can use whole smartphone display - even notch area.

Your photos in the main role

Give your photos maximum space with responsive SSG full screen lightbox. There are no ugly arrows ←→ next to a photo, vertical slider and cur­sor are subtle.

On smartphones, full screen mode works like on You­Tube. It activa­tes after rotating a phone into landscape mode.

The gallery doesn't have an icon for full screen mode. I did a little research and users simply don't use it. So it's up to you, if the gallery will go into full screen.

Behind the last image Story Show Gallery can load a HTML signpost to other photo galleries. See a sample

Browsing without clicking and thinking

Story Show Gallery is vertical and therefore great for use with mobile phones. In portrait mode a user usually sees a part of the next photo, so he keeps scroll­ing to see it whole.

SSG can display your logo or some text (emoji) over images. You can configure it in the SSG settings.

Social sharing icon is not put aside, it is part of a content, but subtle. A spectator's eyes will literally crash into the share icon at the end of a caption or in the corner of a photo. It can be disabled in the settings.

You can deep link into the gallery to show a part­icular pict­ure. Just use image name in the hashtag:

Complete your photos with captions

With captions you can tell the whole story behind pictures or amuse a spec­tator with some fun fact.

Google treats captions as a text content. Especially when you haven't much text on your page, captions will help a lot your page to rank higher in Google search.

SSG is probably the only gallery which can place each caption individually according to image size vs. screen size. It is really important on smartphones.

There are 3 ways how a photo gallery can be created. Auto­matically from images on the page, by passing an array of images into SSG, or by combi­nation of both.

No e×it mode: You can write just minimal HTML code and SSG will crea­te a vertical gallery which behaves like a simple webpage. Because there is not much to dis­play without SSG, the gallery can run in the no e×it mode.

All you need to do, is add ssg.min.css and jQuery in the <head> of the document and ssg.min.js before </body>.

You can link files directly from CDN (faster loading), just copy these lines into your HTML:

Story Show Gallery looks for all hyper­links (<a> tags) on the page that points to a picture file (extensions: jpg, jpeg, JPG, png, PNG, gif, GIF, webp). And adds to all these hyper­links an onclick function which runs the gallery. Unless nossg class is used.

A photo caption a is taken from a thumbnail's alt att­ribute or a link text. You can also add author's name - enter it into data-author attribute of hyperlink. SSG will create a gallery from all these three images (BigImage1~3):

Default SSG configuration and language localization is at the begining of ssg.js file. Settings are com­mented. You can edit settings in ssg.js file and then minify it. Or copy selected settings into your HTML to override default config­uration. Place it after ssg.min.js, as it is shown on the following picture.
Complete example of SSG implementation and configuration: 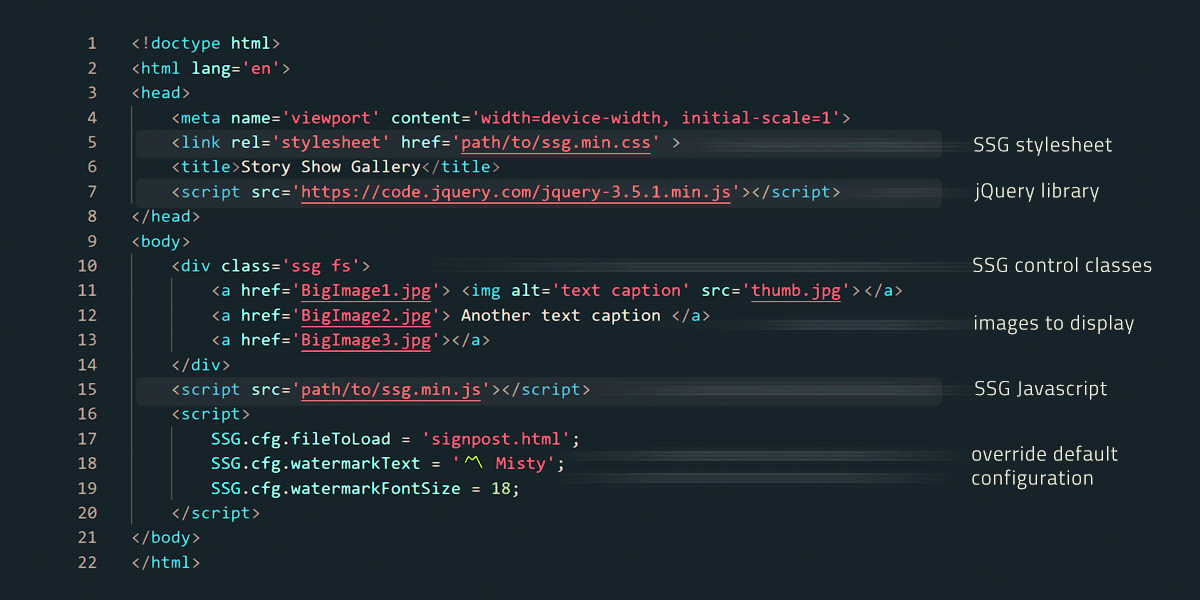 There are minified files in the dist directory ready for deployment on your website. If you modify source files, you may want to minify the result. Use existing npm script:

npm install // it will install uglify-JS and uglify-CSS npm modules which are needed for minifying
npm run-script dist // it will minify the source files and put them into the dist directory.

By default SSG will make one big gallery from all linked image on the page. CSS classes can change this behaviour. There are five classes: ssg, nossg, gossg, vipssg and fs. Classes have to be assigned to a hyper­link tag or to any tag which contains image hyper­links - they all will be affected:


The ssg class creates a separate gallery, assign it to some parent element of many picture hyper­links. In the gallery will show only the pictures that are linked inside a tag with the ssg class.

SSG will ignore image hyperlinks with nossg class. They will open normally into browser's tab.

SSG offers four gallery events, you can use them to run your functions. SSG events are part of the configuration.

You can find complete example in the source code of this page (at the end). It writes a little statistic of the gallery usage into the JS console.

Order of photos in the gallery

The picture a user clicked on is shown first, then Story Show Gallery displays following pictures and then the rest. Example: A user clicked on the fourth picture. Pictures are shown in the following order - 4,5,6,7 and then it continues with picture 1,2,3.
If a picture is part of a separate gallery (.ssg class), SSG prefers to show first three pictures of a gallery together. Example: if a user click on the third image, the order of images in the gallery will be 3,1,2,4,5,6. This behaviour can be deactivated in the settings.

SSG can be initiated by a link with photo's name in a hashtag. For example this link FaroeIslands.io/#klakkur will activate Story Show Gallery and show the photo named fifth-element. It is enough to have in the hashtag crucial part of the name - #element.

An address of each photo is shown in a browser’s navi­gation bar while browsing through the gallery. In full screen mode you can get a picture address via social share icon.

Vertical scrolling through the gallery

There are two options. Classic vertical scrolling with scrollbar or finger. And then jump scroll. A mouse wheel and arrow keys have an altered function, they scroll from one image to next image.

For touch screens there are two invisible areas: the top and bottom half of the screen. After tapping somewhere into the bottom (top) half, SSG jump scroll to the next (previous) picture.

You can run the gallery by Javascript calling SSG.run method. Example: the body's onload event runs the gallery immediately after a page is loaded:

Run SSG immediately after page loads is useful, when the html page is just a plain list of links without any design. There is nothing much to see without SSG. So the gallery can run in the no e×it mode - no close icon, no ESC key.

Sample gallery with no e×it mode


Use initImgId parameter to set the initial image in the gallery. SSG auto­mati­cally numbers image hyperlinks on the page, the first photo has ID 0.

Restart method ends the running SSG gallery and then calls SSG.run with new parameters. It has the same parameters as the SSG.run method. On this page the restart method is used in singpost after the gallery. It runs another gallery without exit fullscreen mode or reloading a page.

Examples of initiating the gallery by SSG.run() method

The first picture in this gallery will be the picture with ID 0 (unless it doesn't have nossg class ). SSG.run without para­meters shows photos from all galleries on the page.

The first photo will be the photo with ID 7, even if it has gossg class. The initImgID parameter respects .ssg classes and shows only pictures from galleries related to initImgID picture. The fs:true activates full screen mode.

The imgsPos parameter tells the gallery to put traelanipa.jpg before the gallery which contains image with ID 11.

Without the imgsPos parameter, in the gallery will be only photos from array iceland. The initImgID works even with arrays.

The gallery with local settings. It has slower transition between photos, different watermark and signpost.

SSG as a Javascript module

Do you like this CSS effect? Fork it on GitHub 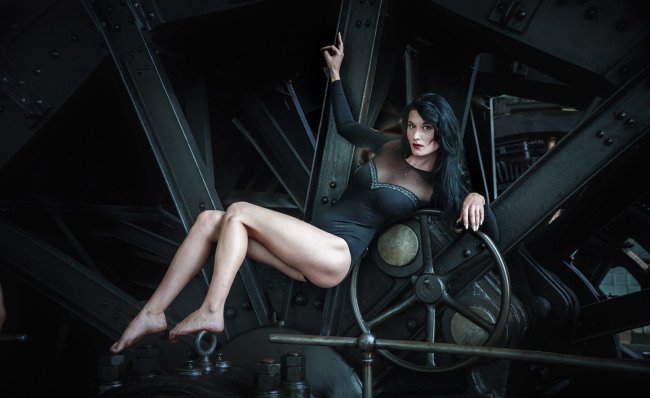 🐰 Massive pink rabbit man‑eater - a text link to a photo.
Enlightment inside Bankang cave
🔗 A broken link - You will notice it before site visitors do
⇐ an empty (invisible) link to the picture with SSG logo.

SSG configuration as it is at the begining of ssg.js file: ×

// duration of scroll animation in miliseconds. Set to 0 for no scroll animation. SSG.cfg.scrollDuration = 500; // Force SSG to always display in fullscreen - true/false SSG.cfg.alwaysFullscreen = false; // Force SSG to never display in fullscreen - true/false There is an exception for smartphones and tablets SSG.cfg.neverFullscreen = false; // URL of the HTML file to load behind the gallery (usually a signpost to other galleries). // HTML file has to be loaded over http(s) due to a browser's CORS policy. Set to null if you don't want it. SSG.cfg.fileToLoad = null; // display social share icon and menu SSG.cfg.socialShare = true; // log image views into Google Analytics - true/false. SSG supports only ga.js tracking code. SSG.cfg.logIntoGA = true; // Protect photos from being copied via right click menu - true/false SSG.cfg.rightClickProtection = true; // Side caption for smaller, landscape oriented photos, where is enough space below them as well as on their side. true/false SSG.cfg.sideCaptionforSmallerLandscapeImg = false; // false means caption below // in other cases caption position depends on photo size vs. screen size. // Locking the scale of mobile viewport at 1. Set it to true if the gallery has scaling problem on your website. SSG.cfg.scaleLock1 = false; // Show first 3 images of a separate gallery together - e.g. third image clicked - image order will be 3,1,2,4,5,6... SSG.cfg.showFirst3ImgsTogether = true; // Watermark - logo configuration. Enter watermark text or image URL to display it SSG.cfg.watermarkWidth = 147; // image watermark width in pixels, it is downsized on smaller screens. SSG.cfg.watermarkImage = ''; // watermark image URL e.g. 'https://www.flor.cz/img/florcz.png' SSG.cfg.watermarkText = ''; // watermark text, use <br> tag for word wrap SSG.cfg.watermarkFontSize = 20; // font size in pixels SSG.cfg.watermarkOffsetX = 1.8; // watermark horizontal offset from left in percents of photo SSG.cfg.watermarkOffsetY = 1.2; // watermark vertical offset from bottom in percents of photo SSG.cfg.watermarkOpacity = 0.36; // opacity // Here you can translate SSG into other language. Leave tags <> and "" as they are. SSG.cfg.hint1 = "Browse through Story Show Gallery by:"; SSG.cfg.hint2 = "a mouse wheel <strong>⊚</strong> or arrow keys <strong>↓→↑←</strong>"; SSG.cfg.hint3 = "or <strong>TAP</strong> on the bottom (top) of the screen"; SSG.cfg.hintTouch = "<strong>TAP</strong> on the bottom (top) of the screen<br> to browse through Story Show Gallery."; SSG.cfg.hintFS = "For a better experience <br><a>click for fullscreen mode</a>" SSG.cfg.toTheTop = "Scroll to top"; SSG.cfg.exitLink = "Exit the Gallery"; // share link dialog SSG.cfg.imageLink = "The link to selected image:"; SSG.cfg.copyButton = "⎘ Copy the link to clipboard"; SSG.cfg.linkPaste = "…and you can paste it anywhere via ctrl+v"; // in the portrait mode the gallery suggest to turn phone into landscape mode SSG.cfg.showLandscapeHint = true; SSG.cfg.landscapeHint = 'photos look better in landscape mode <span>😉</span>'; // SSG events - see complete example of SSG events in the example directory SSG.cfg.onGalleryStart = null; // fires after creating a gallery SSG.cfg.onImgChange = null; // fires on every image change (even the first one) SSG.cfg.onSignpost = null; // fires when a user reach HTML signpost after photos or if he scrolls after the final menu SSG.cfg.onGalleryExit = null; // fires on the gallery exit